Why Do We Want To Go To Mars And How Long Does It Take To Get There?

Mars, named after the Roman God of War is the next destination in our Solar System for humanity to put “boots-on-the-ground” and explore its dry and dusty surface.

Mars is so attractive to human exploration because it exhibits a geological similarity to our home planet, its has a thin atmosphere and may have once been a harbour for life in the early days of the Solar System. We have see via hi-resolution images and surface rover images that, at some stage in Mars’ ancient past, it was covered in a shallow, liquid water ocean. Perfect conditions for life to begin its first evolutionary steps.

To give you an idea about the challenges that future explorers face, lets look at a couple of features about the famous “Red Planet.”

Mars is about half the size of Earth. Its diameter is 6778Km as compared to Earths diameter of 12756Km which makes it quite a bit smaller than our home planet. It orbits our Sun every 687 days, about twice as long as Earth’s 365.25 days. This difference is due to Mars’ orbit being further out from the Sun. The average distance from Earth to Mars is 166.78 million Km. Like all the other planets in our Solar System, Mars’ orbit has a small amount of Eccentricity – meaning its orbit is elliptical (oval) rather than a circular orbit. This eccentricity can vary from 128 million Km to 154 million Km away from the Sun. Every 26 Earth months, we have an alignment of the Sun, Earth and Mars – this is called “Opposition.” The Opposition of Mars would be an ideal time to launch a mission to the Red Planet due to its proximity to Earth. The journey to Mars, with current rocket technology, is estimated to take between six to nine months. Once on the surface, explorers will have two opportunities to return to Earth. The first opportunity is approximately 30 days from landing on the surface, this will enable the spacecraft to return while Mars is still near Opposition, thereby making the journey while both planets are close in their orbits. The second opportunity is twenty six months later when Earth and Mars are at opposition again. This model is the most favourable, and the most difficult.

See, you would want to spend a good amount of time exploring this planet and thirty days just ain’t enough. Its akin to traveling from Perth to New York, spending 20 minutes at the airport gift shop then hopping back on a plane back to Perth – that’s no way to explore the “Big Apple” and certainly no way to explore Mars (even if they had a gift shop!)

The major set-back for the human exploration of mars is this….. Humans. Human physiology is negatively affected by spending so long in a less than 1G (one Earth gravity) environment. Lack of that 1G is detrimental to the physical health of the explorers going to Mars. Also, you must keep them alive. Water, food, power, radiation shielding, breathable air is a big one….

We’ve been to Mars before, a quite few times before, but with highly successful robot explorers. They seem to do a better job than us squishy humans, I mean, they don’t need air or water or food, they don’t complain, they don’t get home-sick or miss loved-ones, they do what you program them to and they handle cosmic radiation a lot better than this fat-based neuro-processor that controls a meat robot which runs a million year old program called “Survival1.exe”

However, despite the large obstacles before us on the road to Mars, these are not insurmountable. Through Science and Technology, these bumps-in-the-road to Mars can be smoothed out that will allow future explorers to pave the way to a new world full of opportunity, adventure and knowledge. 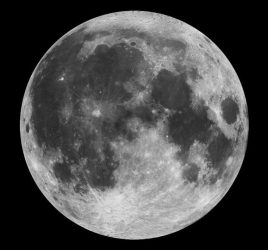 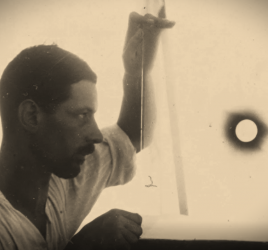 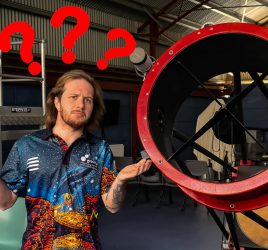 Thinking Of Buying Your First Telescope? GDC Astronomer Mitch Answers One Of Our Most Frequently Asked Questions.